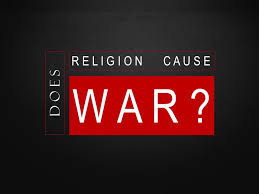 But what those who hold this opinion have failed to take into account is that the 20th century was the bloodiest century in the history of mankind, and that the atrocities of that century were committed by anti-religious movements, led by men like Stalin, Mao, Hitler, Lenin, Chiang Kai-shek, Hideki Tojo, and Pol Pot. These men were not religiously motivated, yet they ruthlessly slaughtered millions of people:
END_OF_DOCUMENT_TOKEN_TO_BE_REPLACED