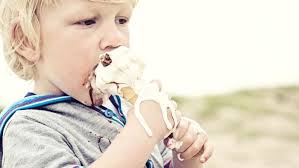 This advancement will also benefit manufacturers, allowing it to be more easily transported.
END_OF_DOCUMENT_TOKEN_TO_BE_REPLACED

The Man Without A Brain

Do you ever find yourself thinking you’d do better if you just had a little more of something–like a little more time, or money, or brains? Well perhaps you’re wrong, at least about the brains.

From the category of the unbelievable comes this article by Real Clear Science:

… A 44-year-old happily married man with a white-collar job and two children visited a hospital in Marseille, France complaining of mild weakness in his left leg. Some time later, he concluded his hospital episode with his leg weakness cured, but with another, intriguing diagnosis in tow: he was missing most of his brain.
END_OF_DOCUMENT_TOKEN_TO_BE_REPLACED

Google Maps Is My Shepherd

While traveling with my adult son, I asked him to Google directions to our destination. As the voice commands on Google Maps began to direct us, I become concerned. It had us turning to proceed in exactly the opposite direction of where I knew we needed to go. When I mentioned this to my son, he didn’t seem the least bit concerned.

“It won’t be wrong” he explained. “Sometimes Google anticipates traffic jams and sends you around them. Go ahead and follow the prompts.”

END_OF_DOCUMENT_TOKEN_TO_BE_REPLACED

[Blaise Pascal (1623 –1662), was a French mathematician, physicist, inventor, writer, Christian philosopher, and theologian. One of his most influential theological works, Les Pensées (“Thoughts”), was a defense of the Christian faith.]

Our struggle with faith is due in part to our focus on what seems difficult to believe without considering how difficult are the things that we routinely take for granted. The reason men possess so little confidence in what God has promised is because they possess so little awe over what He has already done. We must open our eyes a bit wider. Fully appreciate God’s display in creation and it will be far easier to believe what He promises to do.

“For since the creation of the world God’s invisible qualities–his eternal power and divine nature–have been clearly seen, being understood from what has been made, so that people are without excuse.” (Romans 1:20).

The famed TV producer of the eerie and bizarre, Alfred Hitchcock, hosted his own hit TV show of a generation ago. One episode in 1987 (a remake of the original 1964 story)  told the tale of a murderous woman who, once condemned to prison, vowed she’d never be held captive and would surely find a way out.

She studied her surroundings and soon took note of a gravedigger, whose job it was to cart away deceased inmates for burial in the plots just beyond the prison confines. He was old and moved slowly, as his eyesight was badly impaired by cataracts. She approached him one day to bribe him into helping her escape.

Her plan was simple: When the death bell tolled, heralding the death of another inmate, she would make her way to the morgue and climb into the coffin with the deceased. He (the gravedigger) would then wheel the coffin to the plot, bury it in a shallow grave, then come back after dark to release her. All this in exchange for the money to have the cataract surgery to restore his sight. The old man agreed, and together they waited for their opportunity.

Time passed, when suddenly the woman heard the death toll. To her ears, it was the sound of freedom bells chiming.  The scheme went just as planned. She waited an appropriate amount of time, slinked her way to the basement, and slipped quietly into the morgue. She felt her way through the dark room to the coffin laid out on the cart. Opening the lid, she crawled inside and pulled the lid shut.

Soon she felt the cart moving. She could almost taste her freedom. Moments later she felt the thud as the coffin was lowered into the ground. She heard the dirt as it hit the lid. Then silence. She waited in anticipation. Minutes turned to hours with no relief. Panicked, she struck a match, surveying the situation. To her utter horror, she discovered that she was face to face with … the gravedigger!

Hitchcock’s murderous inmate had foolishly placed her life in the hands of an unreliable deliverer–one with no more power over the grave than she.

So, in whose trust have you placed your hope of deliverance? Buddha? Mohammed? Above all else, make sure that when you strike your match your deliverer isn’t in the grave with you!

“Who will rescue me from this body that is subject to death? Thanks be to God, who delivers me through Jesus Christ our Lord!” (Romans 7:24-25).

The Most Important Things Don’t Have Molecules

I am a regularly scheduled spiritual counselor at a local drug and alcohol rehab center. Unfortunately, most of the patients at this center aren’t there in search of spiritual answers, so group sessions can get rather interesting. During one session a particularly cynical young woman objected to my attempt to turn the discussion in a spiritual direction.

Like so many of these men and women who enter rehab at such a young age, she carried herself with a surprising air of self-confidence given her current circumstances. Nevertheless, despite the dead end that had become her life, she was confident that she had it all figured out.

“Really?” I replied. “So, if it doesn’t have molecules it isn’t real. Is that what you’re suggesting?”

Her slumping form came to life as she sat straight up in her chair and leaned more intently into the conversation with a bold and brash, “Absolutely! That’s the only reality!”

With this statement she had laid out her gauntlet. She then relaxed back into her chair with a satisfied smirk, confident that she had done her part to put an end to my foolishness.

“What do you mean?” she asked with an ever diminishing interest in the conversation.

“Well,” I said, “things like love and justice and freedom don’t have molecules, yet men and women are willing to give their very lives in pursuit of these things.” I continued, “Doesn’t the importance we all give to these things suggests that they are just as real? How can one thing be more important than something else and yet not be as “real.” Isn’t it true that all of the most important things in life don’t have molecules?”

Disarmed by the questions, she simply rolled her eyes and went mute for the remainder of the session.

“But in your hearts set apart Christ as Lord. Always be prepared to give an answer to everyone who asks you to give the reason for the hope that you have. But do this with gentleness and respect” (1 Peter 3:15).